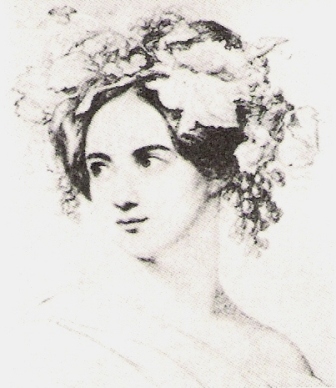 Excerpt, “Musical Tales, Phantasms and Sketches” from the German of Elise Polko. 1876.

A splendid birch-tree once stood upon a velvety lawn, gay with many coloured flowers, and gazed boldly and fearlessly out into the world; its roots were bathed by a cool spring whose waters were of crystal clearness. There is scarcely a more pleasing sight than that afforded by a powerful birch-tree, with its tall silvery stem and bright green leaves, whose tender cheeks the zephr embraces with unusual tenderness.

The birch-tree is the true poetry of the forest; but the tree of which we are now speaking was particularly beautiful, and we might seek far and wide without finding so magnificent a tree or so charming a streamlet. This was known to the spring time and to all the flowers and trees in the land. The tall birch and the lovely brook were alone ignorant of their charms.

Eternal spring rested upon the forehead of the birch, therefore, did his boughs rustle so unceasingly, magic melodies floated around him, sank down to the earth, into the hearts of the flowers, and floated out into all lands; while the trees joyfully shook their branches, and even the solemn old pines and firs who bore upon their foreheads the icy mark of winter forgot their snowy locks and thought that the summer had returned.

It often seemed as though the forests and all living things within them must be holding solemn worship, so grand, so holy were the harmonies which the birch-tree sent forth into the world.

The brook, however, was the happiest among the listeners, for was she not the first to hear every sound, every melodious sigh, every breath from the beloved tree? Was not his form lovingly reflected in her silvery waters, and might she not sweetly reecho those dear sounds which fell from his branches? The brook, too, could sing, her melodies were graceful, clear, and charming, and the beautiful tree smilingly bowed his head as he listened.

But more delightful than all were the duets which the brook and the tree often sang together; the glorious birch bent lower and lower as he mysteriously whispered with his beloved and the golden light from his leaves sparkled in the crystal stream; the waters rose, uniting their melody with the song of the birch, until none could tell whether the magic melodies floated down from the tree or arose from the brook.

The singers had always a large audience; beetles, birds, and butterflies came from far and near, crowding round them to listen. True, it sometimes happened that a fat bumble bee, in compliance with his custom of grumbling, assumed an important air, remarking that the brook’s melodies would be far more attractive, were they sung in the key of E major instead of C minor; the time, too, was too fast! or a jealous, snappish woodpecker, proud of his chopping, announced that the birch was injuring himself by too much singing.

His voice was not so powerful as in bygone days. But the grateful cries of applause from the crowd of delighted listeners entirely drowned such malicious buzzing and cawing.

This, day by day, they lived, sang, and loved; neither could live alone, and although they seemed to live apart, their lives were one harmonious whole. Even in their dreams they whispered together, and the brook spoke of the wonderful tree to all the flowers, while it seemed as if the tree himself were singing, so glorious was the song of the pure streamlet. The flowers gazed admiringly upon her, and bowed their heads as she passed; but the love-rose was more daring, and warmly embraced the brook, who flowed joyfully onwards, her waters tinged with a rosy hue.

The angels who dwell in the blue-robed Paradise could watch the birch and the streamlet at their charming play, and never grew tired of listening to their loving converse.

“Oh, if we could but have those dear, loving ones here in our heavenly Paradise!” they said, as they gazed down with such long smiles that the flowers of earth shed tears. And the merciful God knew the desires of His bright angels and said to the sun,

‘Let the softest kiss, flowing one, dry up the clear streamlet, that it may flow more glorious in our heavenly pastures; in place of earthly flowers, angels shall bow their golden locks before it!’

‘And what of the glorious tree?’ asked the angels.

‘He will follow his faithful, sisterly companion,’ was the reply; ‘they are forever united.’

And the sun’s burning rays suddenly kissed the pure, sparkling brook, as it told of the singing, glittering tree to a crowd of listening flowers. The streamlet expired beneath that fiery kiss, beneath those scorching beams, and the undying rose of love bent mourning over her grave.

And the beautiful tree? When the lips of his living sister and companion grew dumb, when her bright eyes were closed, when her soul, the pure mirror of the tree, had passed away, his boughs sank down to the ground, the gold faded from his luxuriant foliage, and fell down in tears, his fresh green leaves withered slowly, slowly his joy, his beauty, his strength, and even his life departed from him – the wonderful, glorious tree was dead.

I would I had but written a fable — it is not so, for the birch-tree and the brook have lived and loved in human form upon our earth. The tree, with whose sweet music the poetry of the forest grew dumb and slept, was named Felix Mendelssohn, and the wonderful brook was a noble woman, upon whose forehead shone the glittering diadem of music — a loving wife, a tender mother, the sister and dearest friend of our immortal musician — Fanny Hensel.