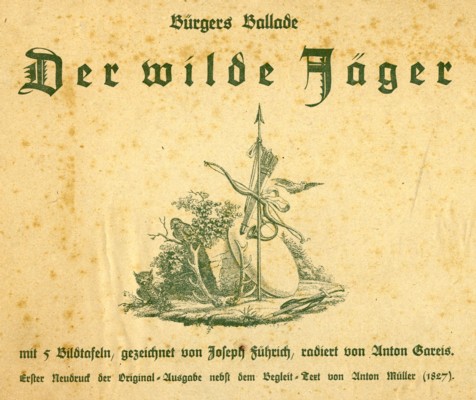 Burger has written another story, less celebrated, but also extremely original, entitled “The Wild Huntsman.”  Followed by his servants and a large pack of hounds, he sets out for the chase on a Sunday, just as the village bell announces divine service. 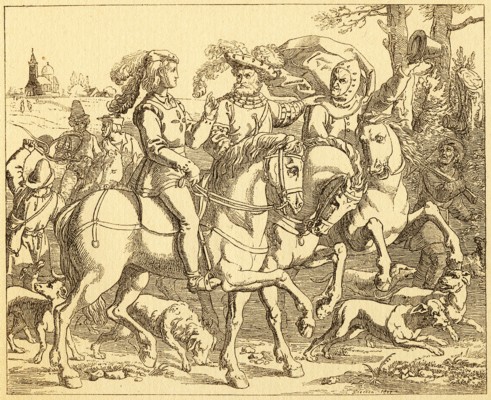 A knight in white armour presents himself, and conjures him not to profane the Lord’s day. Another knight, arrayed in black armour, makes him ashamed of subjecting himself to prejudices which are suitable only to old men and children. 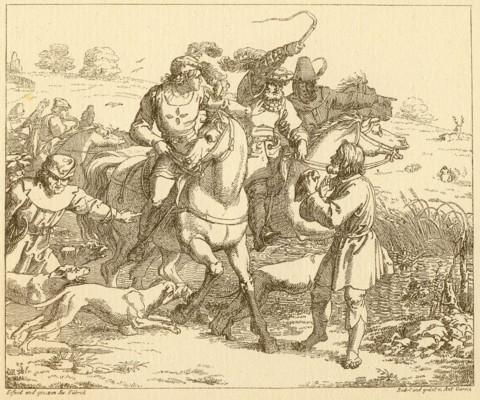 The huntsman yields to these evil suggestions. He sets off and reaches the field of a poor widow. She throws herself at his feet, imploring him not to destroy her harvest by trampling down her corn with his attendants. 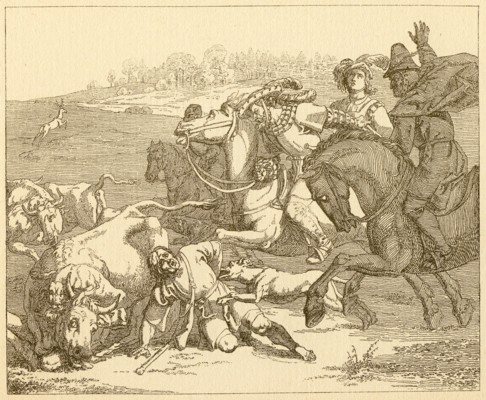 The knight in white armour entreats the huntsman to listen to the voice of pity. The black knight laughs at a sentiment so puerile; the huntsman mistakes ferocity for energy, and his horses trample on the hope of the poor and the orphan. 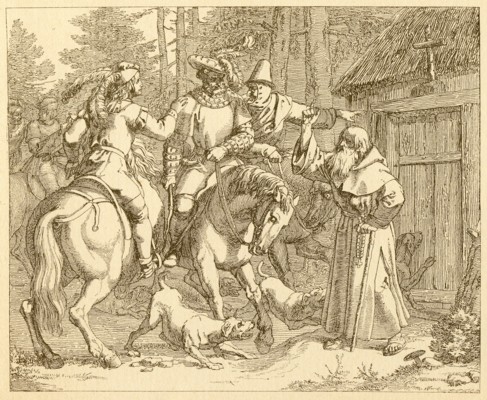 At length the stag, pursued, seeks refuge in the hut of an old hermit.  The huntsman wishes to set it on fire in order to drive out his prey.  The hermit embraces his knees, and endeavors to soften the ferocious being who thus threatens his humble abode.  For the last time, the good genius, under the form of the white knight, again speaks to him.  The evil genius, under that of the black knight, triumphs.  The huntsman kills the hermit, and is at once changed into a phantom, pursued by his own dogs, who seek to devour him. 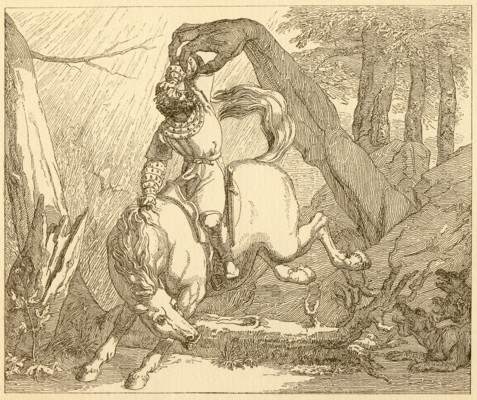 This story is derived from a popular superstition. It is said, that at midnight in certain seasons of the year, a huntsman is seen in the clouds, just over the forest where this event is supposed to have passed, and that he is pursued by a furious pack of hounds till day-break.

What is truly fine in this poem of Bürger’s is his description of the ardent will of the huntsman: It is at first innocent, as are all the faculties of the soul; but it becomes more and more depraved, as often as he resists the voice of conscience and yields to his passions.  His headstrong purpose was at first only the intoxication of power.  It soon becomes that of guilt, and the earth can no longer sustain him.  The good and evil inclinations of men are well characterized by the white and black knights; the words, always the same, which are pronounced by the white knight to stop the career of the huntsman, are also very ingeniously combined.

The ancients, and the poets of the middle ages, were well acquainted with the kind of terror caused in certain circumstances by the repetition of the same words; it seems to awaken the sentiment of inflexible necessity.  Apparitions, oracles, all supernatural powers, must be monotonous: what is immutable is uniform; and in certain fictions it is a great art to imitate by words that solemn fixedness which imagination assigns to the empire of darkness and of death.

We also remark in Bürger a certain familiarity of expression, which does not lessen the dignity of the poetry, but, on the contrary, singularly increases its effect.  When we succeed in exciting both terror and admiration without weakening either, each of those sentiments is necessarily strengthened by the union: it is mixing, in the art of painting, what we see continually with that which we never see; and from what we know, we are led to believe that which astonishes us. 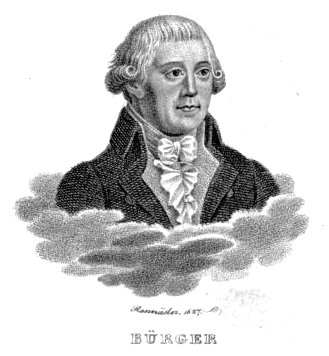