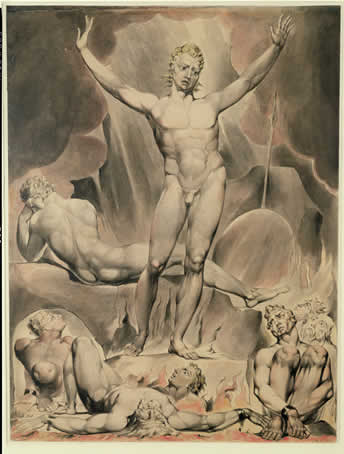 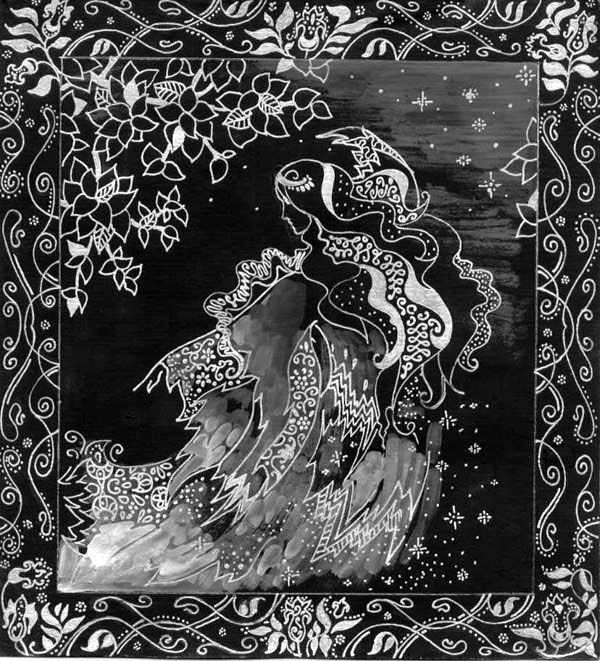 Holy night, you sink down;
Dreams also float down
As your moonlight fills the room,
Fills the sleeping hearts of men.
They listen with pleasure;
Crying, when the day awakes:
Return, fair night!
Fair dreams, return! 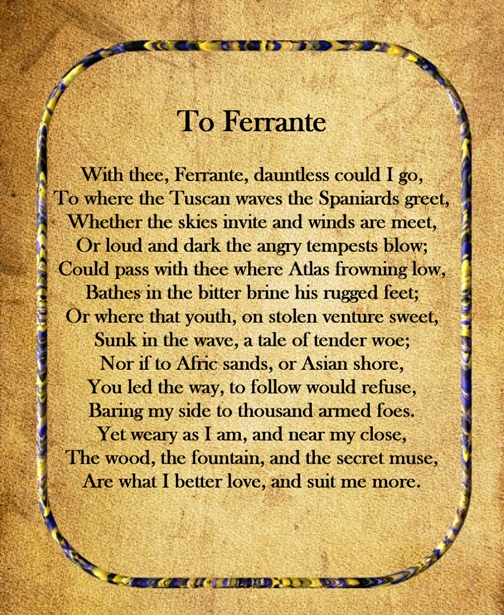 Henry Morley: “So Like a Forest is the Human Heart”

Excerpt, Henry Morley:  “The Dream of the Lilybell, Tales and Poems, with Translations of the “Hymns to the Night” from the German of Novalis, and Jean Paul’s “Death of an Angel.”  1845.

“Charlemagne On The Bridge of Moonbeams” 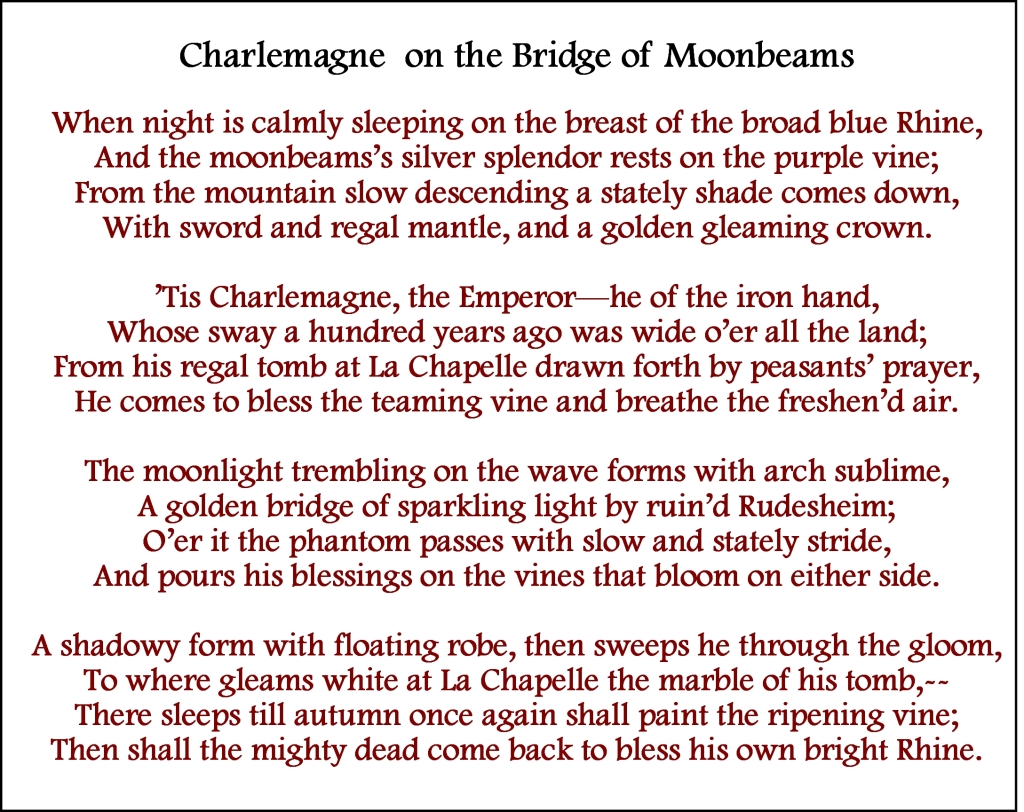 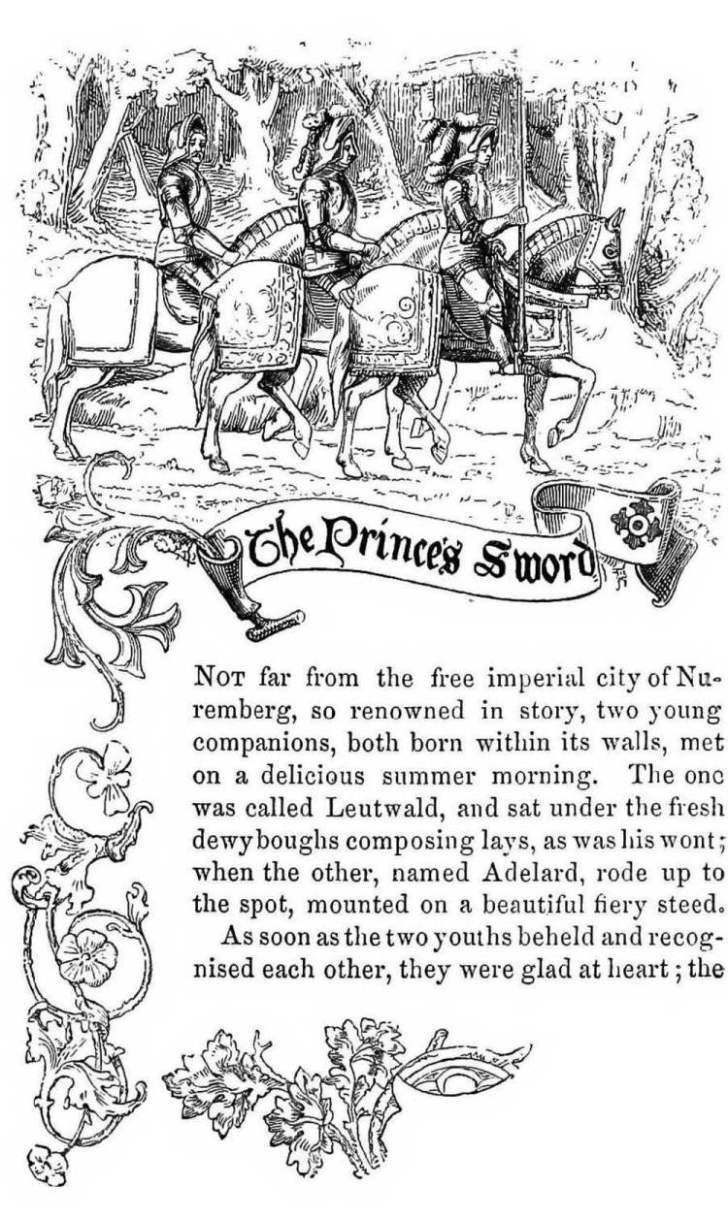 horseman sprang from his horse, the singer to his feet,and they clasped and embraced each other right lovingly. They had much to tell, for they had been a long while parted ; Leutwald at home in the fair city, under the teaching of the most accomplished minstrels; Adelard with the renowned Count Albert of Bayreuth, who for his beauty and his knightly prowess was surnamed Albert Achilles. With him had the warlike youth lived after his heart’s desire ; and he too had become dear to the German Achilles for his skill in arms, and for many proofs of dauntless contempt of death displayed in hard-fought battles.

” So, then, it was a grief to you to leave him ?” asked Leutwald of his friend.

” Indeed it was,” answered Adelard ; ” but what could be done ? As soon as the count mustered his troops against our beloved mother, the holy free city of Nuremberg, I made myself ready, fastened my horse to the gate, and then, resolved in mind, and with girded sword, I mounted the stairs to my beloved lord, saying, ‘ You have been a gracious prince to me; but as things are at present, I must use against yourself the skill I learned from you.’

I thought the valiant Achilles would have broken forth in anger, as is sometimes his way, but he smiled quietly to himself. ‘ Thou art a brave fellow ;’ then again a little time he was silent, jingling the large knightly sword, inlaid with gold, which never leaves his side, and spoke : ‘ This sword might one day have made thee a knight. Now, however, it may strike thee after another fashion. See only that thou comest honourably under its stroke ; so will it be for thy good, whether it touch thee with the flat edge or with the sharp —for life or for death.’ Then he dismissed me after his gracious manner ; and as I rode forth, a solemn stillness came on my soul ; but since I reached our own borders, and still more since I have met with you, I have become light-hearted as before. But are you ready here ? It is full time.”

” That we know well,” answered Leutwald. ” Only come you today to the aged Councillor Scharf. There will be a cheerful meal; you will learn what is about to happen ; and be of good heart.”

Then the two youths embraced joyfully ; and leading the horse after them, approached the city, singing battle-songs with all their heart and voice, through the flowery country . At the house of the venerable councillor Adam Scharf there was an assemblage of the brave citizens of every sort. Some whose hoary heads, bowed down with age, seemed to look forward to their last deed of arms, and close beyond it to an honourable grave ; others who, in the midday of life, moved on with lofty resolve ; others, and many more, with fresh colours on their cheeks and bright hopes in their hearts.

Here the two youths, Adelard and Leutwald, were right welcome ; and as every one gladly beheld the latter on account of his graceful songs, so they took no less pleasure in the knightly-trained pupil of their valiant foe, the German Achilles.

Read the rest of this Antique German Story in Translation in its entirety here!

Excerpt, “The Book of German Songs from the Sixteenth to the Nineteenth Century.” Translated and Edited by H. W. Dulcken. 1856. 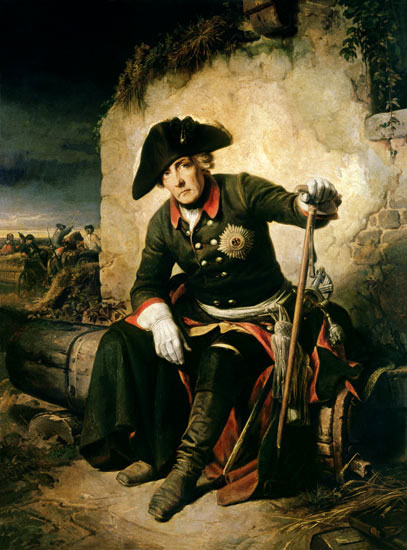 FREDERICUS REX, our king and lord,

To all of his soldiers “To arms!” gave the word;

And he gave sixty cartridges to each grenadier.

“You rascally fellows,” his majesty began,

They’re grudging Silesia and Glatz to me,

And the hundred millions in my treasury.

“The Empress with the French an alliance has signed,

And raised the Roman kingdom against me, I find;

The Russians my territories do invade,

Up, and show ’em of what stuff we Prussians are made.

And Major-general Ziethen, are all ready quite.

By the thunders and lightnings of battle, I vow,

They don’t know Fritz and his soldiers now.

Not straight to its mark ev’ry bullet flies;

For if all the bullets should kill all the men,

From whence should we kings get our soldiers then?

“The musket bullet makes a little round hole,

A much larger wound both the cannon ball dole;

The bullets are all of iron and lead,

Yet many a bullet misses many a head.

“Our guns they are heavy and well supplied,

Not one of the Prussians to the foe hath hied;

The Swedes they have cursed bad money, I trow;

If the Austrians have better, who can know?

“The French king pays his soldiers at his ease,

We get it, stock and stiver, every week, if we please;

By the thunders and the lightnings of battle, I say,

Who gets like the Prussian so promptly his pay?”

Fredericus, my king, whom the laurel doth grace,

Hadst thou but now and then let us plunder some place,

Fredericus, my hero, I verily say,

We’d drive for thee the devil from the world away. 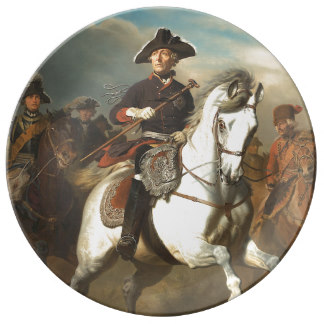 Goethe: To A Golden Heart

Excerpt, “The Sonnets of Europe: A Volume of Translations.” Selected and Arranged with Notes by Samuel Waddington. 1885. 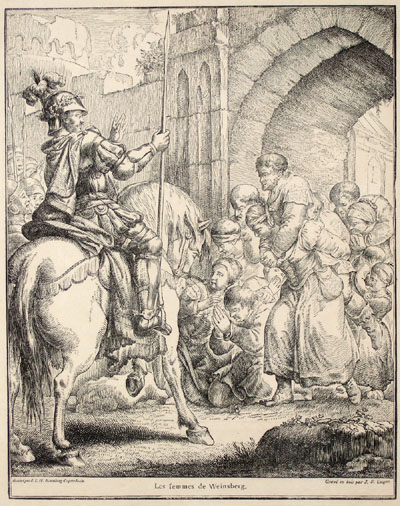 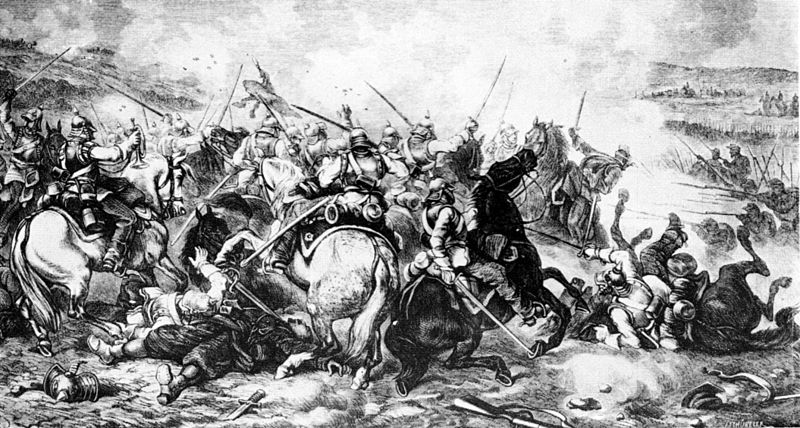 Knew’st thou the spell of magic

’Twould at thy voice arise;

That magic word which holdeth,

With but a single sound,

As if in fetters bound.

Deep in the valley buried

And he who can possess it

Against the world may rise.

One word must first be spoken,

The earth then opens, and lo!

From out her rocky chambers

The steel will brightly glow.

And there on yonder mountains,

Deep in the shaft profound,

By dwarfs and gnomes well guarded,

There may a key be found;

It opens every portal,

For ever ’tis thy own,

That one right word alone.

How have I mused already

In vain so long, so long,

Till, word by word commencing,

It ended in a song!

But still as yet lie hidden

That treasure, key, and sword,

And what I sang so often

Was never the right word. 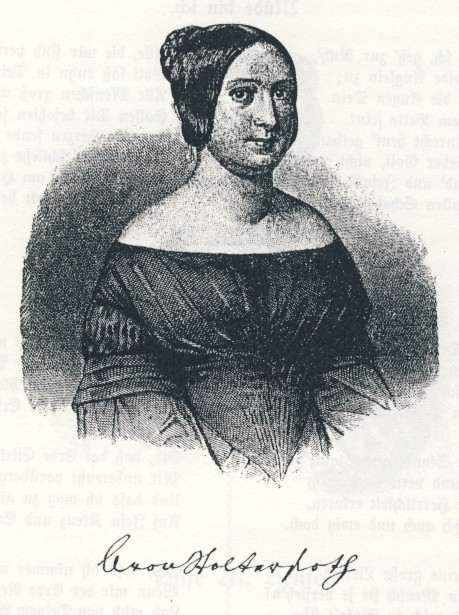 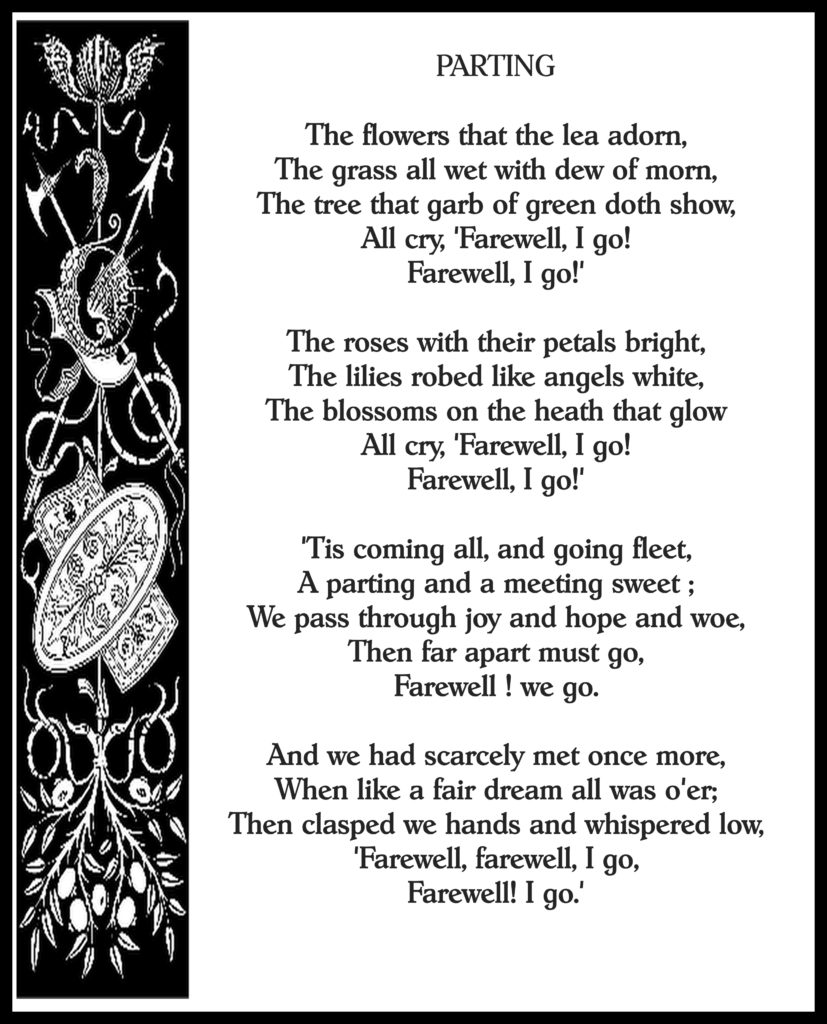 Excerpt, “Lay of the Minnesingers, or German Troubadours of the Twelfth and Thirteenth Centuries.” London: 1825. Translator: Edgar Taylor. 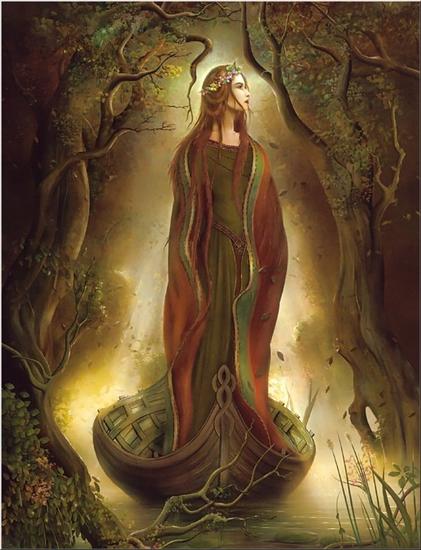 Shines that maid, before whom fade

Other charms, however bright;

As the stars at break of day,

Late so brilliant, fade away.

When my spirit light had flown

Wanton forth in pleasure’s quest,

Then those beaming have shone

O’er the rover’s path, and led

Home to her from whom it sped.

When again its wing it took

Falcon-like for joy to soar,

Ne’er the gentle spell it broke;

Soon again it sought its home

In that breast it wandered from.

O’er its fear was ever coming

Lest its mistress, at the thought

That for other loves ‘t was roaming,

Therefore back it winged its flight.‘

Ferdinand Freiligrath: “To Wolfgang in the Field”

Excerpt, “Poems from the German of Ferdinand Freiligrath.” Edited by his daughter. Kate Freiligrath. Leipzig: 1871. 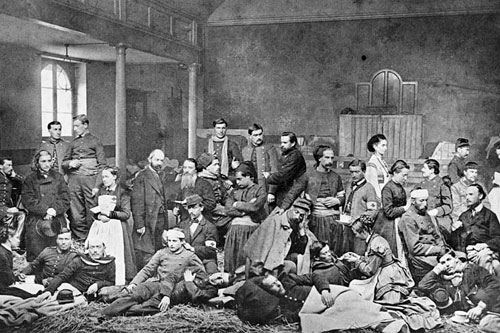